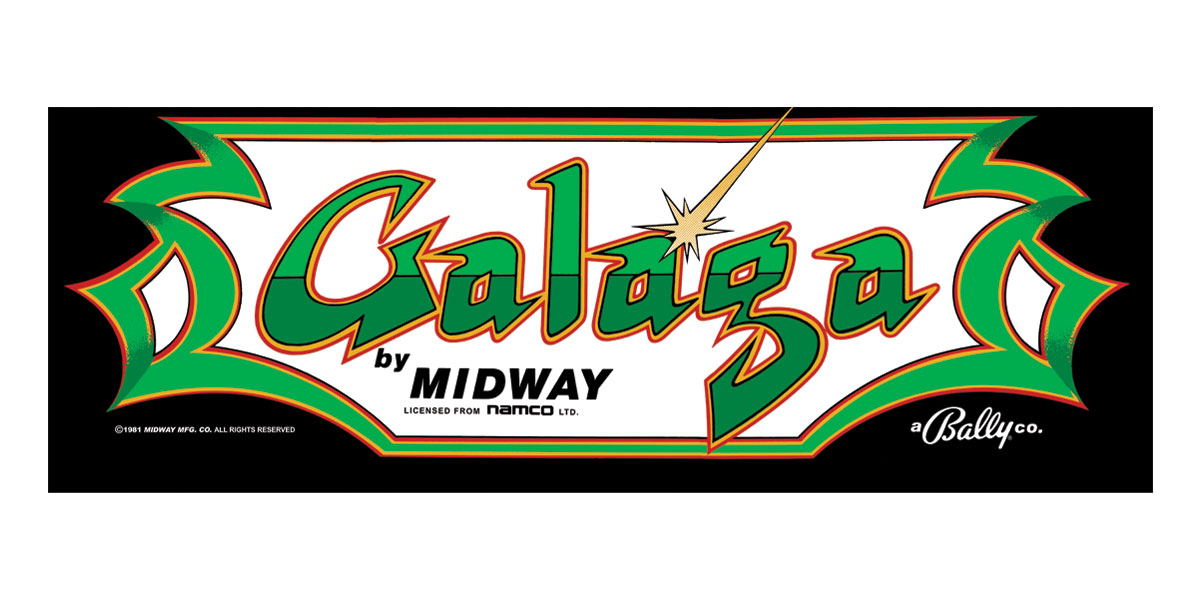 Galaga was produced by Namco in 1981.

Namco released 303 different machines in our database under this trade name, starting in 1978.

As a spaceship moving left to right at the bottom of the screen, shoot up at enemies as they enter, assemble in formation and fly down at you. If you allowed an alien to capture one of your ships in its tractor beam, you could shoot the foe later and double your fire power!

After Burner was produced by Sega in 1987.

Sega released 587 different machines in our database under this trade name, starting in 1936.

A flight simulator where a group of planes fly at you in each level. Players must destroy the oncoming planes to advance.

Creature from the Black Lagoon

Creature from the Black Lagoon is a pinball machine designed by John Trudeau ("Dr. Flash") and released by Midway (under the Bally brand name). It is loosely based on the movie of the same name. The game's theme is 1950's drive-in theater. The pinball game was licensed from Universal Studios by Bally so that all backglass and cabinet artwork and creature depictions would resemble those of the original movie.

An original pinball experience celebrating the iconic American TV hit sitcom, The Munsters. Players will be transported to 1313 Mockingbird Lane, joining the entire Munsters family on this haunted pinball adventure. Featuring Herman, Raven, Lily, Spot and Grandpa, players will work their way towards Munster Madness in this frightfully funny and action-packed pinball world under glass. The Munsters pinball machines will be available in Pro, Premium, and Limited Edition models.